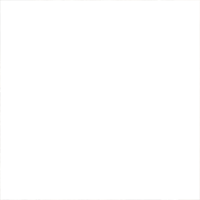 Henry is one of the principal attorneys at ANTOLAK & ONGERI, The Transatlantic Law Firm, PLLC. He is an international lawyer with a wealth of experience representing individuals, families and businesses in transnational matters. Using his multijurisdictional licensure and travel, Henry brings knowledge and passion for justice to every client’s case. He frequently handles legal matters before the United States Citizenship and Immigration Service (U.S.C.I.S.), United States Department of Justice’s Immigration Court and the Internal Revenue Service (IRS).

Henry is a proven change leader. In 2004, he chaired the Underemployment Committee, a public campaign on behalf of unlicensed immigrant professionals at the Minnesota Legislature. He was instrumental in the enactment of amendments to the Minnesota Nurse Practice Act, allowing foreign-trained nurses an opportunity to practice in the State. In 2009, Henry was one of the applicants who successfully petitioned the Minnesota Supreme Court for changes to the Rules of Admission to the Bar. The Court granted the petition, permitting licensed attorneys who had not graduated from ABA-accredited law schools to take the bar examination. The story was featured in the Minnesota Lawyer of July 11, 2011.

Henry is committed to the ideal that Africa is the next frontier for global commerce and prosperity. In 2007, in collaboration with the University of Minnesota, International Leadership Institute, he led Pan African Business Alliance (PABA) to host the historic Pan African Trade & Investment Summit (PATIS) in Minneapolis, Minnesota. In 2008, Henry was part of the negotiators for an American infrastructure firm for a multi-million dollar affordable housing project in Nairobi, Kenya.

Next Steps
The next step in achieving your American Dream is to contact us today. We will set up an appointment to talk about your story and what Antolak and Ongeri can do to help you achieve your American Dream.
Take the Next Step

We offer warm regards to all our clients, friends, and professional colleagues. In response to the outbreak of coronavirus (COVID-19), here is important information regarding our operations: IMPORTANT: The Transatlantic Law Firm, PLLC has NOT shut down. Our attorneys and staff continue to work END_OF_DOCUMENT_TOKEN_TO_BE_REPLACED